Dominatör was formed in 2002 by five Dutch dudes sharing a common interest in liquor and loud music. Starting out by playing traditional metalcore, combining thrashy riffs with groovy breakdowns, they took on countless shows in locations ranging from little shitholes to renowned venues, opening for international acts as Bleeding Through, Darkest Hour and 100 Demons. As such, the band rapidly made name for themselves in the Dutch hardcore scene and in late 2004 they released a split record with now defunct outfit Among the Living on Crash Landing Records. Following this period, their interest began to focus more on the music they all grew up with; 80’s thrash metal.

They parted ways with drummer Richie Carcrash and began to work on new material with drummer/producer Igör Mörtis, notorious for his contributions in European hardcore acts as Backfire! and Angel Crew. Unsatisfied with the current state of metal releases, where every band sounds identical and overproduced, they felt it was right for them to return to the essence of metal; a couple of sweaty guys in a piss-stained, crammy rehearsal space, drinking cheap lager and thrashing at full speed.

This became the outline for Dominatör’s second album. In true thrash metal fashion the drum tracks were recorded in Igörs bedroom (If you listen closely you can hear the neighbours banging on his front door) and the guitar tracks and vocals were simply recorded in their rehearsal space. The outcome, Dominatör’s – THRSHMTL, is the musical equivalent of taking a shovel to the face; a skull splitting, authentic sounding, modern approach to thrash metal.

The nine tracks show an interesting diversity, borrowing from music styles such as hardcore in the short and vicious You’re Dead to even black metal in the slow and abrasive Funeral of Senses, without losing its coherence and overall feel. On February the 3rd, together with their good friends at Crashlanding Records, Dominatör will release the THRSHMTL album to the public.

Beware of Dominatör. They come to you disguised as sheep, but in their hearts they are vicious wolves. 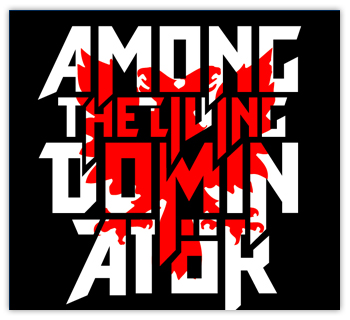 Dominatör / Among the Living split, 2005

Get our presskit with bio, logo and hi-res bandpic here.

Thank you! I have received your message.

© 2012 All Rights Reserved, designed by TeoThemes